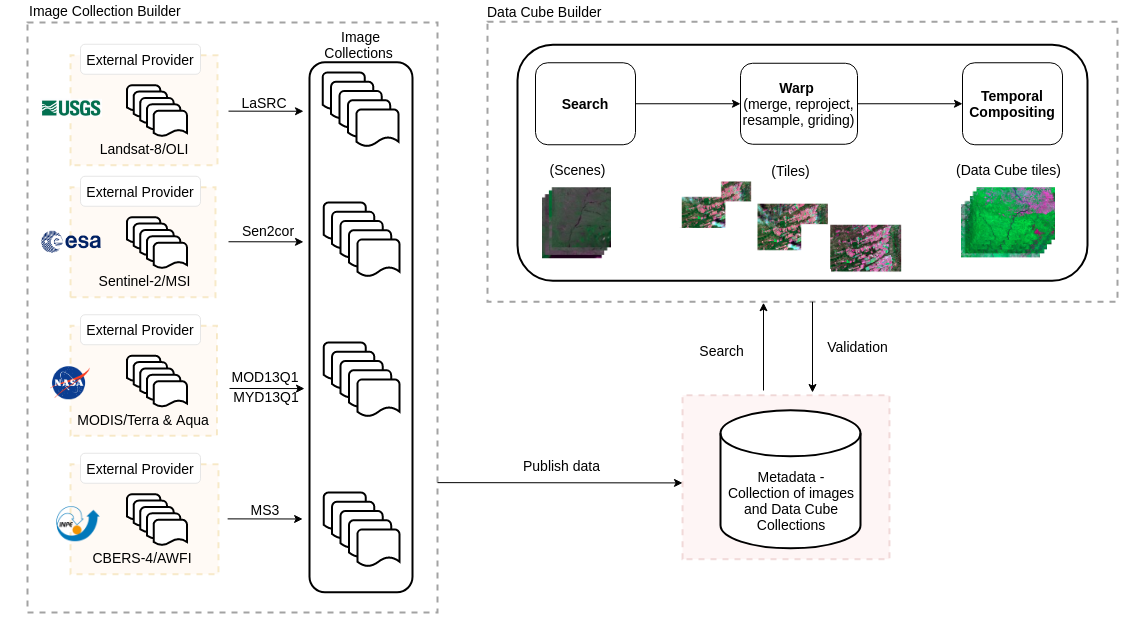 The atmospheric correction procedure relies on each sensor characteristics. Due to that, for each sensor different processes may be applied, for instance, atmospheric correction is performed for Sentinel-2/MSI images using the Sen2cor [9], while for Landsat-8/OLI this procedure is performed through LaSRC [21] and for CBERS-4/AWFI is executed by MS3 [4]. Once this process is performed and the resulting data is cataloged, Surface Reflectance collection are available to be used to produce Data Cube Collections.

Cloud masking algorithms can be used to detect undesirable areas, such as cloud, cloud shadows or snow. However, cloud masking algorithm also depends on the characteristic of each sensor. Based on that, for Sentinel-2 we use the standard SCL product provided by Sen2cor, for Landsat-8 the Fmask (version 4.2) is being used [14] while for CBERS-4 this processing is performed using CMASK due to it reduced number of spectral bands. Once this process is performed and the data is cataloged, the Surface Reflectance Image Collections becomes available.

In order to build the data cube collections, all input images must be at the same projection, using the same tile system and present the same spatial resolution. The Warp procedure perform this standardization and can be seen in Figure 5. Warp consists in cropping and mosaicking all images that superimpose a target tile of the common grid, for a specific date. This spatial mosaic is reprojected to the target tile reference system and all bands are resampled to a determined spatial resolution through a bilinear function, except for quality assessment band, which is resampled using nearest neighbor to avoid changes on the image values. 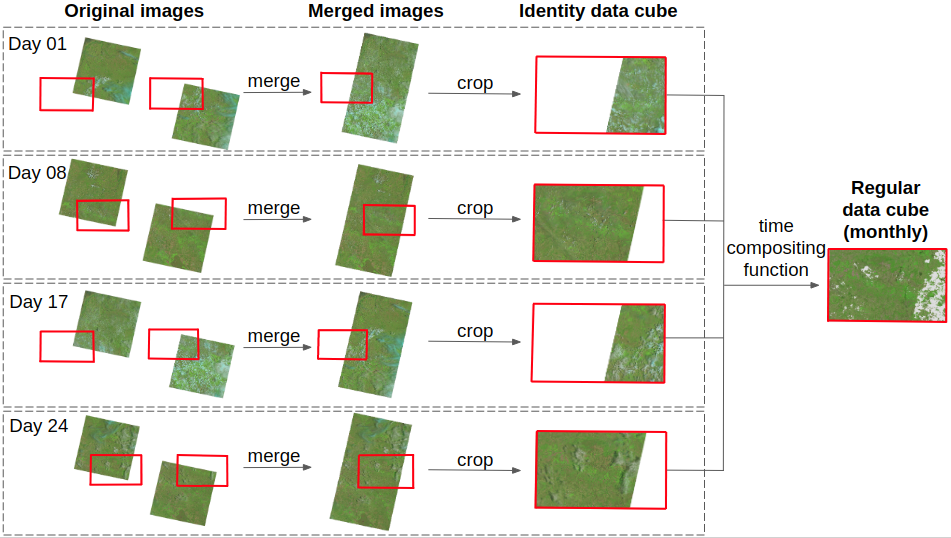 BDC Data Cube Collections can be categorized in two types, identity and composed. An identity data cube nature consists in using all available images from its sensors original acquisitions. Based on that, its temporal compositing function is identity. Temporal Compositing function can be used to generate regular series. This is performed by reducing the time dimension, which generates regularly spaced in time observations, here called composed data cubes.

Three temporal compositing functions are being used in BDC: ( i ) Average (AVG), ( ii ) Median (MED), and ( iii ) Least Cloud Cover First (LCF). Considering the time dimension and a time step, e. g. monthly or 16 days, these temporal composition functions are applied on the identity data cubes, ideally on observations that are not detected as cloud or cloud shadow by the quality assessment band as considered in the following Table: 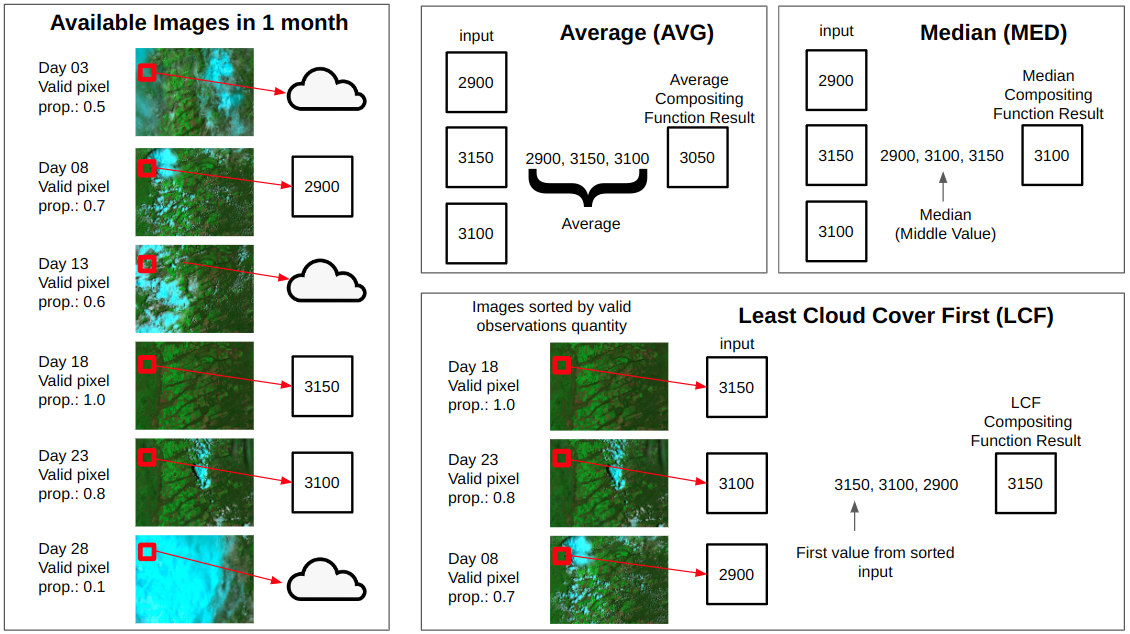 If there are only not clear observations values for a time step, the LCF temporal compositing outputs the value from the clearest image.

On Previouse versions of BDC, LCF was named STK (Stack). We adopt the LCF nomenclature to specify how values are selected on the compositing function.